The State of Freelancing: 2022 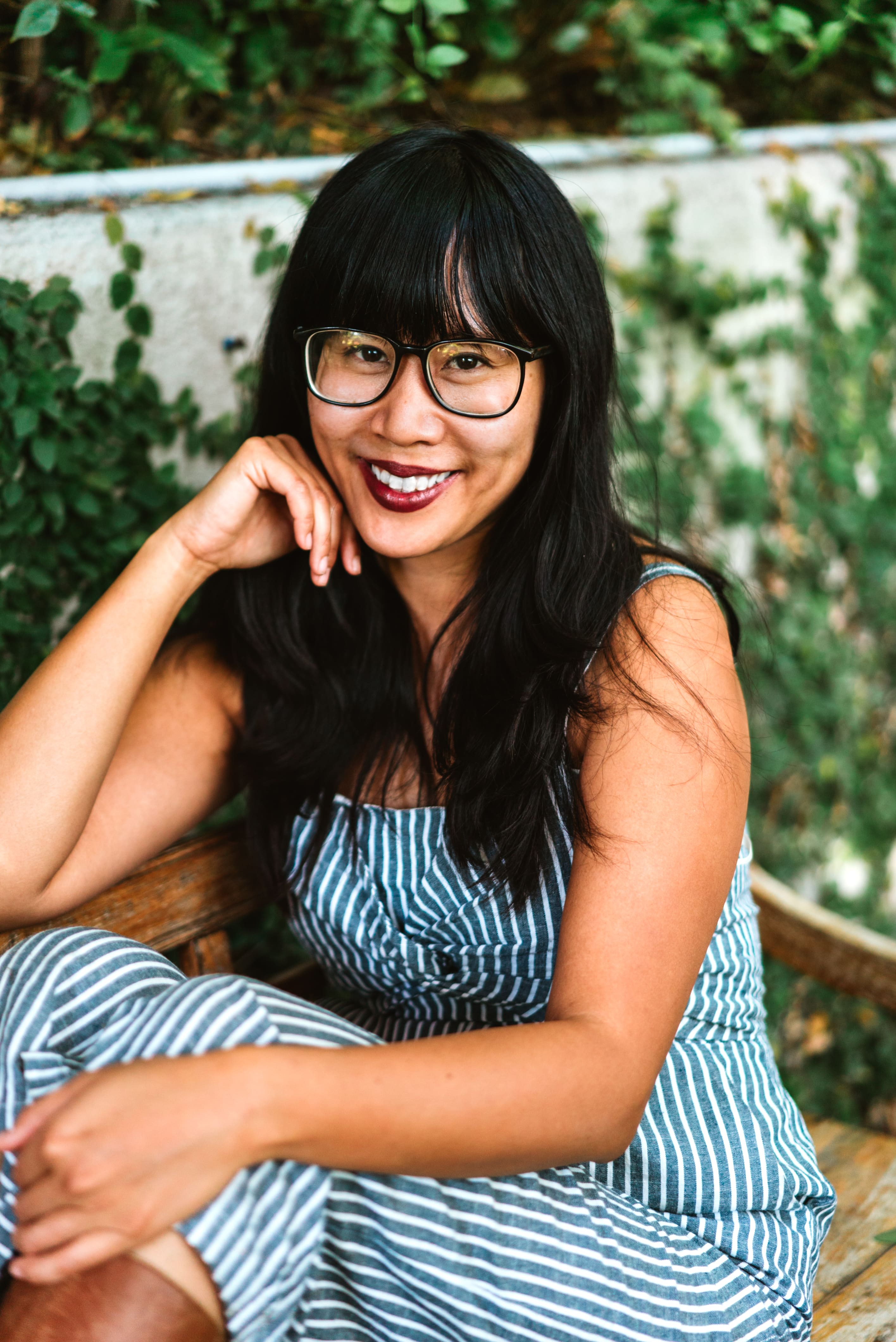 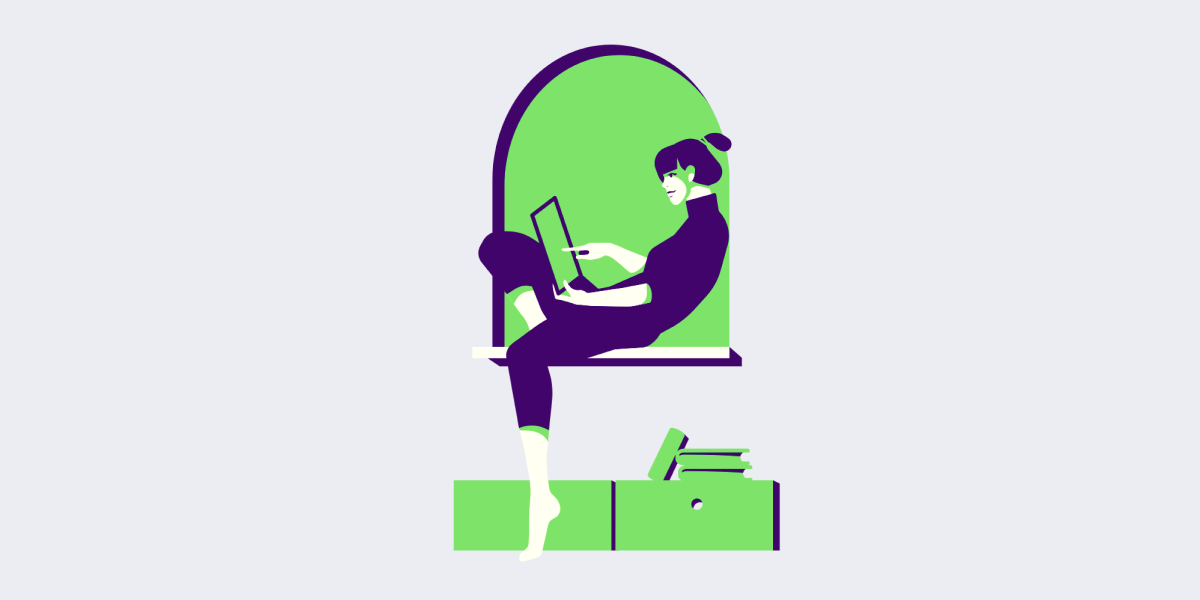 The pandemic has brought on some major, unexpected changes in the last few years, to say the least. Many of us dealt head-on with money stress. Plus disruption in, well, pretty much all aspects of our lives. Despite this, there have been a few bright spots.

For one, many folks have shifted to remote work, which means more comfy yoga pants (woot!) and the option to take a midday power nap (double woot).

Another big positive? The massive shift for folks to leave their job stations voluntarily. According to the Bureau of Labor Statistics, in March 2022, a jaw-dropping 4.5 million Americans quit their 9 to 5s.

And per Upwork's 2020 Freelance Forward report (this is the latest and greatest report available, by the way), survey respondents saw the COVID-19 pandemic as an opportunity to freelance, and 12% got their feet wet with solopreneurship.

And that's just one piece of the big picture. We gathered key findings from a few key, robust reports to provide an A to Z look at where independents are at, and where we're going.  Let's take a deep dive into the state of freelancing in 2022. ‍

The Great Resignation Rages On

‍As folks are quitting their day jobs in droves, it turns out that a fair number of them are carving out their own path as freelancers. The quit rate reached a 20-year high in November 2021.

The top reasons for leaving one's day job? According to Pew Research, low pay, a lack of opportunities for advancement, feeling disrespected at work, childcare issues, and not enough job flexibility.

A Strong and Mighty Bunch

According to Upwork, freelancers make up over one-third (36%) of the total workforce in America. What's more, over 59 million freelanced in 2020, either as full-timers, moonlighters (those who took on side gigs on top of their day jobs), or those who are doing it for a brief stint.

Among the 12% who put the gas pedal on freelancing during the pandemic, per Upwork, the main reasons for dipping their toes were out of necessity (54%) and financial stability during the recession (75%).

Here's the kicker: The fresh crop of freelancers say they've enjoyed positive financial results, and 96% are likely to freelance in the near future.

‍Since the start of 2020, confidence in the U.S. economy has taken a bit of a dip — 19.2 index points, to be exact. As for unemployment, data from the Congressional Research Service reveals that in April 2020, the unemployment rate in the nation was the lowest it had been since 1948, at 14.8%. And the labor participation rate dipped to 60.2%, which hasn't been seen since the early 70s.
Despite high unemployment rates during the pandemic, the legion of freelancers in America remains 59 million strong. This might be in due part to the fact that there was a growth in moonlighters.

‍Freelancers Less Concerned About the Future

‍Plot twist: Freelancers were, for the most part, less freaked out about the future than their non-freelancing counterparts.

True story: Non-freelancers were more concerned about an economic downturn in the next year (81% versus 72%), not being able to stash enough cash into an emergency fund (77% versus 70%), saving for retirement (76% versus 68%). They were also more prone to quibble over affordable healthcare (72% versus 65%) and high taxation rates (74% versus 64%).

In pre-pandemic times, freelancers and non-freelancers had similar levels of concern over these realms. So what changed? It's hard to say, but it could be chalked up to the fact that freelancers were used to the way of remote work before COVID-19, and thus it was less of an adjustment.

Multiple Revenue Streams Is Where It's At

‍According to the 2021 State of Independence report by Contra, a community platform for independents, most freelancers take on two to four projects at a time. In turn, these multiple ways of earning money help maintain steady-ish income.

As they say, when you just have a day job, and you get let go — or quit — there goes 100% of your income. But when you freelance and have several clients, and the work dries up with one of them, that's only a portion of your income that you need to replace.

‍Freelancers Are Raking in More Dough

‍It turns out that 3 in 10 workers left their job posts to freelance. And it paid off. Among those who made these moves, 65% are earning more than when they were employed. Over half (57%) reported it took under six months to earn more than what they did at their old day jobs.

Among new freelancers, 59% believe they will earn more freelancing than going the traditional employment route. And during the pandemic, 37% reported actually having more work than they wanted.

‍But Not Doing It Just for the Money

‍Per the Contra study, solopreneurs don't exactly leave their day jobs and do the freelance hustle just for the money. It's also about autonomy, freedom, and to achieve work-life balance. Per Contra's report, 86% of freelancers surveyed work less than 40 hours a week.

And according to Upwork's Freelance Forward report, 58% of workers are mulling over making the switch to the freelance life in the near future. The main reasons being:

A Bright Future for Freelancers

‍Upwork reports that nearly half (48%) new freelancers see it as a long-term career choice rather than a temporary, transitional state of working. Looking toward the future, over 7 in 10 of the fresh crop of freelancers feel their income will go up in the next year. And 6 out of 10 (60%) nod their heads in agreement: no amount of money would persuade them to say "yes" to a traditional job.

Last, 86% of freelancers say the best days are ahead, and 71% believe the perception of being a solopreneur is becoming more positive.

If you're already freelancing, keep on keepin' on — and there's much to be excited about. And if you're thinking of foraying into striking out on your own, now is a great time to do it. With Lance, you can be supported in managing your money, and staying on top of financial housekeeping. Our featured tools include auto-budgeting and tax payments for your freelancing business. We got you!

The rich text element allows you to create and format headings, paragraphs, blockquotes, images, and video all in one place instead of having to add and format them individually. Just double-click and easily create content.

How to customize formatting for each rich text

Headings, paragraphs, blockquotes, figures, images, and figure captions can all be styled after a class is added to the rich text element using the "When inside of" nested selector system. 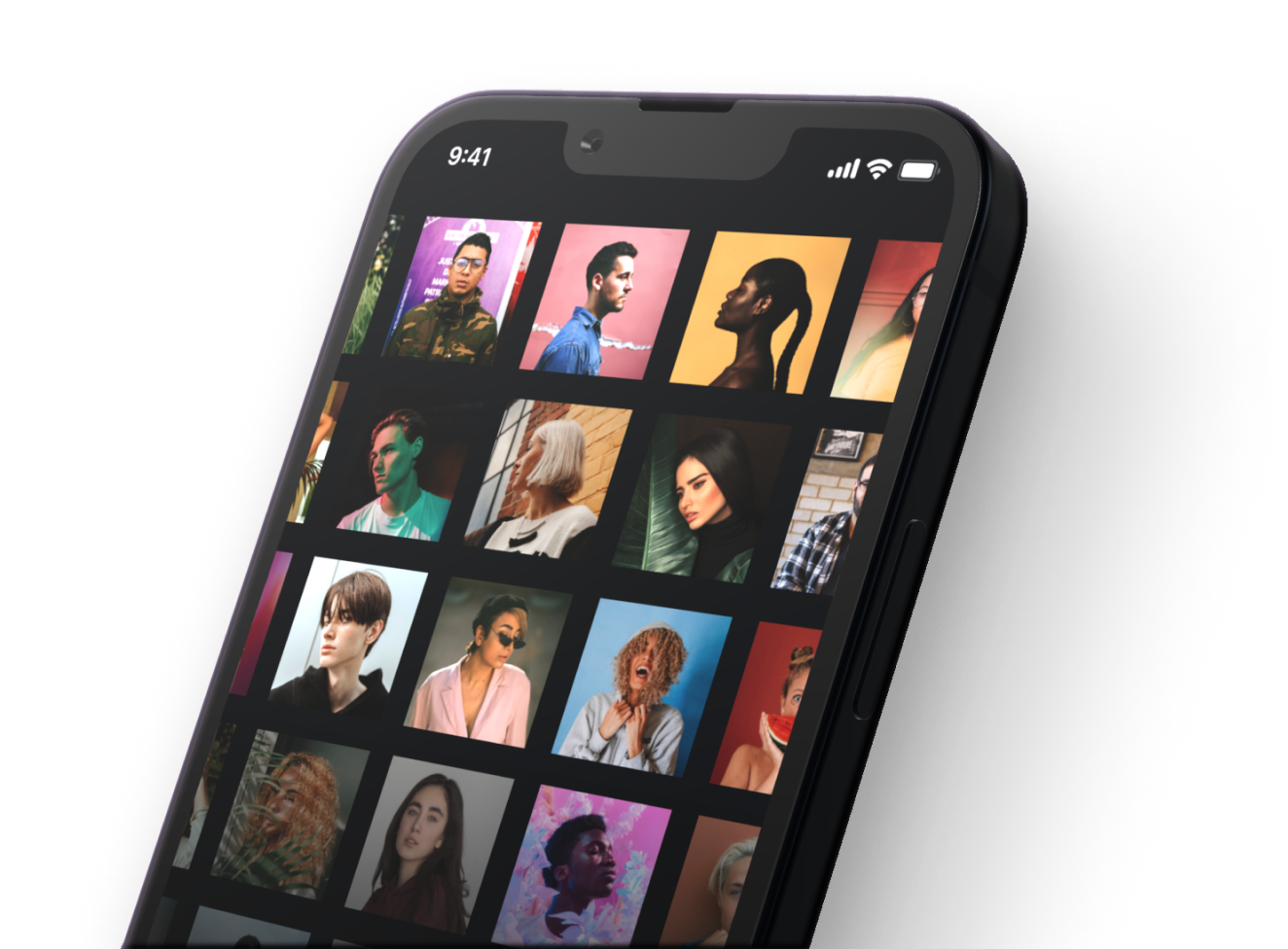 Join the new age of freelancers
putting their money on autopilot. 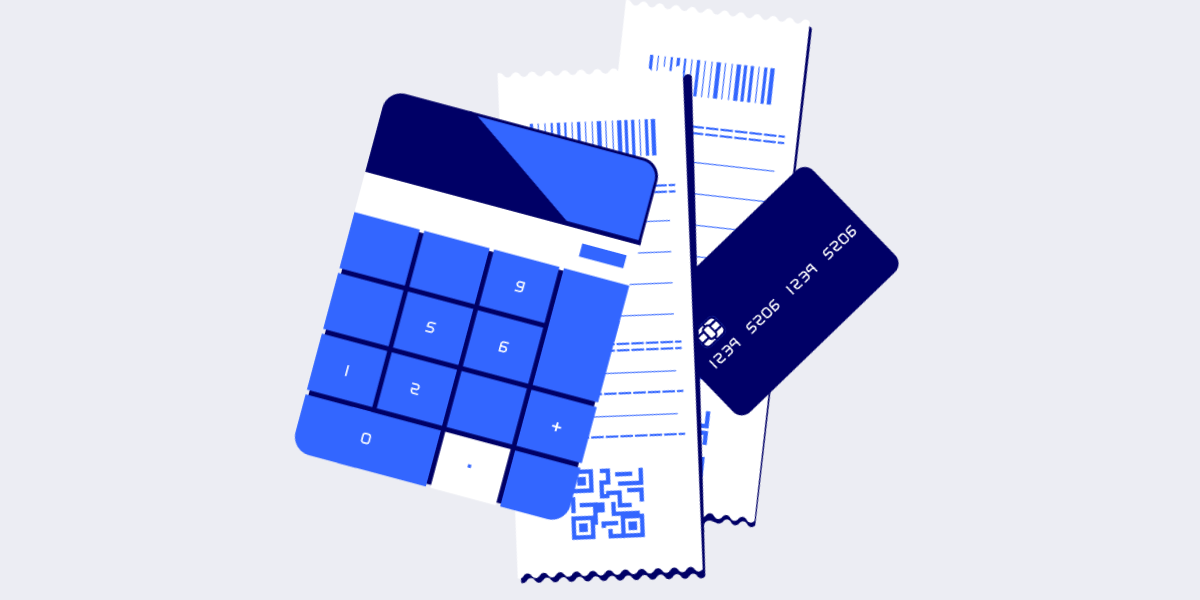 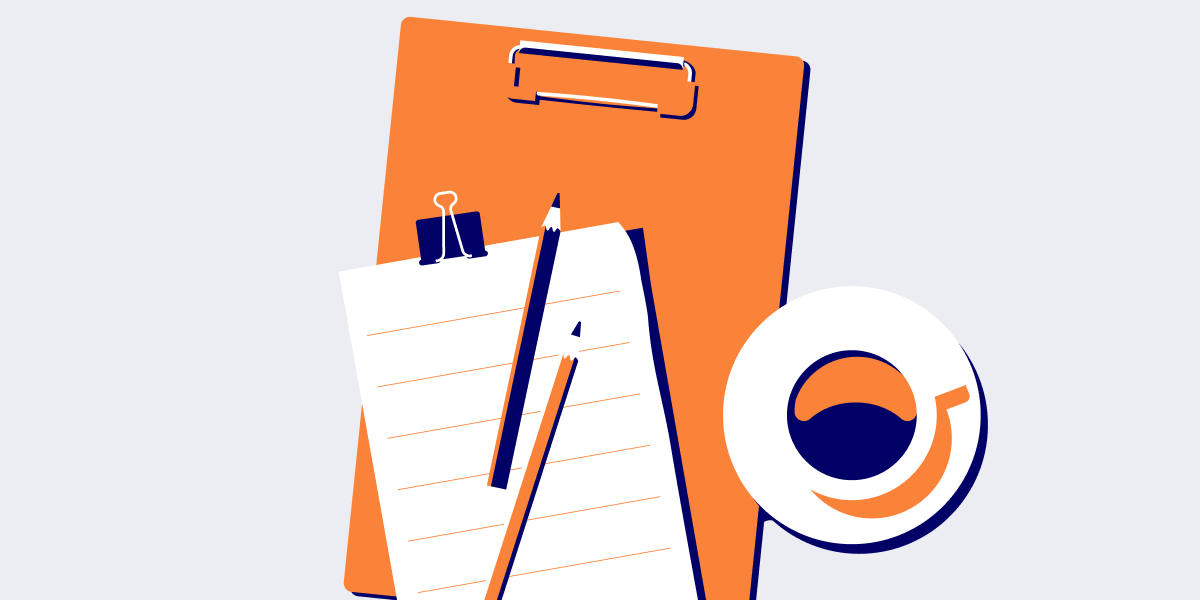 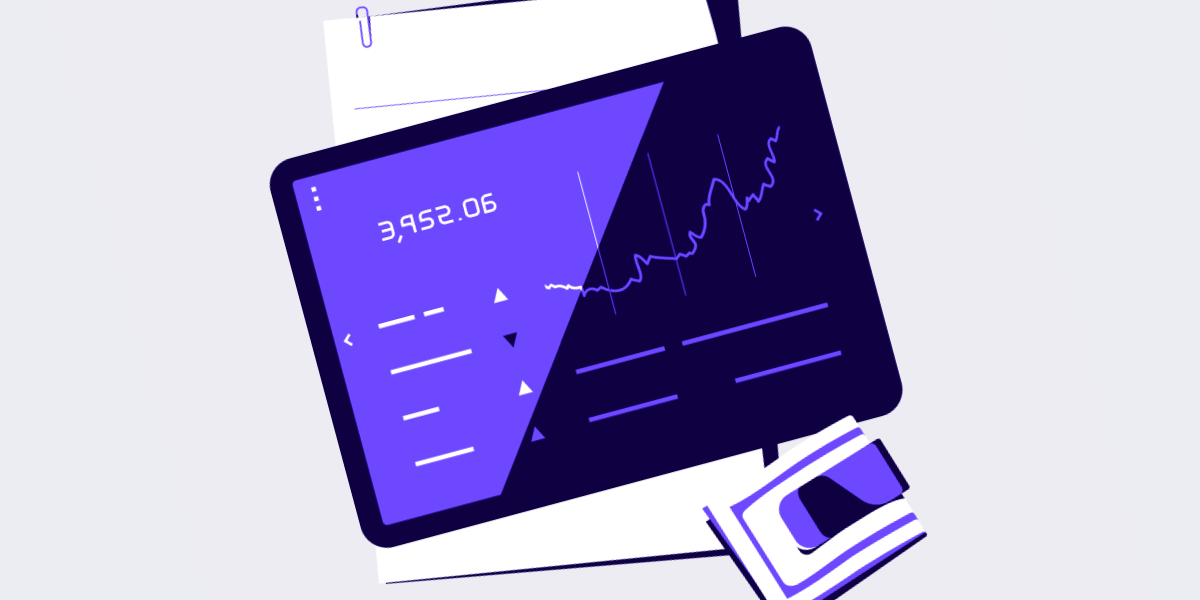